Riff Fest is a yearly festival held in Bolton, England. Primarily held at The Alma Inn, it's promoted as a single-day free festival featuring multiple bands in a showcase of Stoner Rock and Sludge Metal. Riff Fest was first held in 2014 and has been held annually ever since.

The first edition of Riff Fest was held at The Alma Inn on August 23, 2015. It featured sixteen bands over two stages over the course of the day.[1] 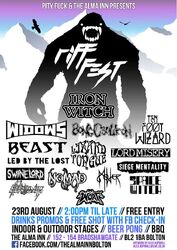 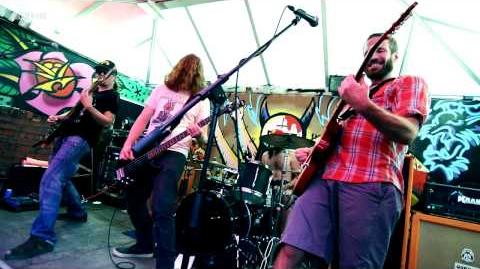 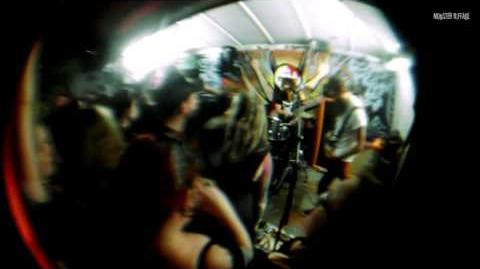 The second edition of Riff Fest was featured at The Alma Inn on August 29, 2015. It featured seventeen bands over the course of a single day with an after show featuring Ben Ward of Orange Goblin as the guest DJ to close out the festivities of the evening. It was sponsored by Blackstar Amplification.[2] 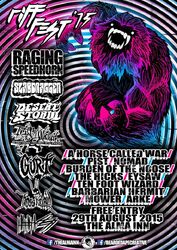 Riff Fest 2015 lineup
Add a photo to this gallery 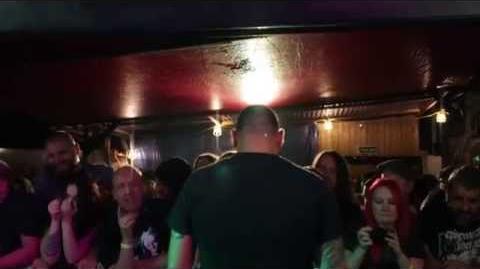 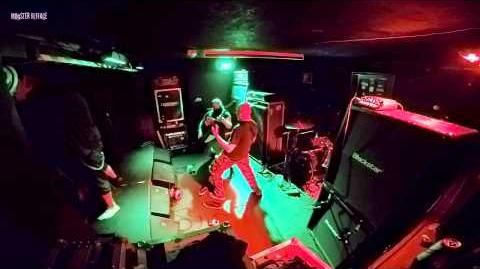 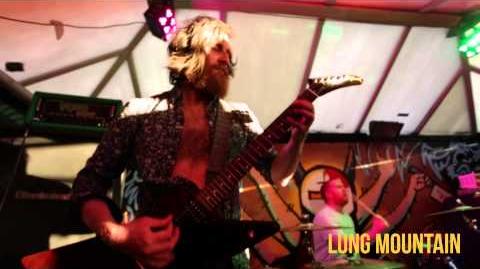 It was announced on Riff Fest's Facebook page on 20th January 2016 that a third Riff Fest is in the works.[3]

On June 10, the full lineup was announced with Conan slated to be the headliner. The even is set to be returning to the Alma Inn on August 27, 2016. Grey Widow was intended to perform but were forced to drop out.[4] [5]

The 2019 edition of Riff Fest is currently set for 31 August 2019 at The Rebellion in Manchester, England. A portion of the lineup would be announced in the summer of 2019 with the full lineup announced on 22 June 2019.[9] By the time of the event taking place in August the event would not only be moved to The Bread Shed, but also attain some cross-promotion and sponsorship in APF Records.[10]

Retrieved from "https://riffipedia.fandom.com/wiki/Riff_Fest?oldid=19817"
Community content is available under CC-BY-SA unless otherwise noted.