High on Fire's 1999 Tour is a string of live shows in the California area by High on Fire, notably along with a strong of shows in the spring of that year, being some of their earliest live performances in support of their EP that came out in 1999 with forthcoming mention of their debut album "The Art of Self Defense". Also of note is two live performances at Gilman St. (A regular performance spot for Sleep back in the early 90s) and a live radio performance on KZSU's "Wednesday Night Live".

Prior to this string of shows High on Fire toured North America and Europe though many of those dates are unknown. 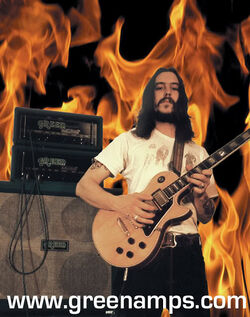 Retrieved from "https://riffipedia.fandom.com/wiki/High_on_Fire%27s_1999_Tour?oldid=19714"
Community content is available under CC-BY-SA unless otherwise noted.