Grifter were a three piece rock band, styled on the fringes of Stoner rock formed in Plymouth in 2003. They released two albums in their tenure.

Grifter formed in the south coast Devon port city of Plymouth]] in 2003. The origins of the band lay in an earlier group going by the name of 16 Stone Mullet who featured Phil Harris on bass, "Foz" Foster on drums, Nev Mansfield on vocals and Nick Hollis on guitar. When Nick moved away to attend university this left a gap in the ranks. Nick’s original intention was to return every other week to rehearse so the remaining members teamed up with Ollie Stygall on guitar to form another band in the intervening weeks. As it turns out Nick never returned and the new band became the main act for all concerned. Several names were proposed including Teet, Greedo and Simon’s Fuck Hammer until drummer Foz suggested Grifter as a big fan of the push bike from the 70’s and 80’s.

After two months of writing and rehearsing Grifter played their first gig at The Phoenix in Plymouth on December 19th 2003 supporting Bristol based band Ivory Springer. The band’s set was well received, however, on leaving the stage vocalist Nev decided to leave the band as he felt he wasn’t up to the task.

The band reconvened in January 2004 with Ollie taking over the vocal slot having spent the Christmas break writing new lyrics and vocal melodies for the existing songs. On January 19th, 2004 Grifter played their second gig, one month to the day of the first gig, once again at The Phoenix with the new line-up of Ollie Stygall on vocals and guitar, Phil Harris on bass and Foz Foster on drums, the line-up that remains to the present day.

Grifter continued to write and play locally through 2004 until choosing to demo some songs using Foz’s 8 track digital recorder at his home later in the year. The band recorded 5 tracks intended for release as the “The Therapy Room Sessions” EP but weren’t entirely happy with the results and had written newer and superior songs in the meantime so decided to scrap the recordings. Once again using Foz’s 8 track Grifter started recording, again at Foz’s home. The recordings were much improved and three tracks; “Elephantine”, “Brother Sister” and “Man Bites Dog” were selected to appear on the band’s first demo “Elephantine” released as a limited run of 200 copies in 2005.

2005 also saw Grifter branching out and playing further afield than their Devon base with gigs in Bristol, Bath and Sheffield. It was at the Bath gig that the band caught the attention of former Hellbastard front man Malcolm “Scruff” Lewty who had recently formed the label Fury 76. Scruff, who had also played in proto stoner band Nero Circus with both Ollie and Phil in the mid 90’s, offered the band the opportunity to record an EP for his new label.

2006 saw Grifter recording the EP with Jim Saunders at his Plymouth studio as well as continuing to play shows around the country and filming their first video for the song “Sweat Like Horses” from the EP. The EP, entitled “High Unholy Mighty Rollin’” would eventually see a release in 2008 after numerous hold ups. Reviews for the EP, however, were very positive in general though budgetary constraints hampered the label’s ability to promote the release, with much of the work being done by the band themselves.

Still maintaining a busy gig and writing schedule, Grifter entered April Studios in Plymouth for one day in autumn 2007 to record a live set of songs that had yet to be released. The band recorded 10 songs completely live in the studio except for a track of backing vocals which was added at the same time. The recordings were mixed, once again, by Jim Saunders and caught the attention of Birmingham based label Catacomb Records who offered Grifter a one off deal, as well as including “Slow Boy” from the previous EP on their “Sound Of The Catacombs” compilation. Grifter elected to release an EP and chose the 4 best songs from the session to appear on the release, entitled “The Simplicity Of The Riff Is Key” which finally saw the light of day in April 2010.

In 2010 Grifter undertook their first tour to support the release of the EP alongside American band Sun Gods In Exile who were supporting their first album release on Small Stone Records. The tour comprised 7 shows across England culminating in the first, and only Loud Howls show in London. At this time the band’s latest EP found its way to The Ripple Effect, a music blog in America who were, at the time, starting their own label, Ripple Music. Ripple offered the band the chance to appear on a split double 7” release alongside Stone Axe, Sun Gods In Exile and Mighty High. Grifter immediately agreed and decided to record a full album’s worth of songs as well as tracks for the split release at Big Red Studios with producer Rich Robinson. At this point no deal had been struck to release a full album but during the recording Ripple offered to handle the album release and the band duly agreed.

The split double 7”, entitled “Heavy Ripples” was released in April 2011 and paved the way for the band’s debut album which was released in October of that year. The response to the album was incredible it appeared in several end of year best of polls in web publications such as The Obelisk, Chybucca, The Soda Shop, Heavy Planet and more besides. Classic Rock Magazine in the UK also included a track from the album, “Asshole Parade” on their cover mounted CD on their October edition.

In 2012 Grifter were offered the opportunity to support stoner rock legends Orange Goblin on the UK leg of their tour to support their album “A Eulogy For The Damned”. The tour started with Grifter playing a headline set at The Black Heart in Camden as part of the first DesertFest London. The band also made their first trip to Europe with shows in Belgium and an appearance at the first Freak Valley Festival in Germany. Also in 2012 the band were approached by Metal Hammer magazine to include a track on their cover mounted CD for July that year and “The Voices” from their 2nd EP was duly chosen by the magazine. Further exposure was gained when a track from the album “Good Day For Bad News” was used on the soundtrack to an episode of TV show “Dog The Bounty Hunter”.

Grifter continued to play shows around the UK and in 2013 were offered the opportunity to play the prestigious Bloodstock Festival where they played the Sophie Lancaster Stage on the Sunday to an unexpected and tremendous response. The day also featured acts such as Slayer, Anthrax, Exodus and Devildriver. In between gigging Grifter recorded their second album “The Return Of The Bearded Brethren”, again at Big Red with Rich Robinson. 2013 ended with the band playing at the Hard Rock Hell festival in North Wales alongside acts such as Airbourne, Black Star Riders, Skindred, Michael Monroe, The Answer and many more.

In 2014 Grifter continued to across the UK before the second album was eventually released on Ripple Music in August, again to an amazing set of reviews and once again the album was mentioned in several end of year lists by writers from various web publications such as The Sleeping Shaman, The Evil Engineer, The Obelisk, Heavy Planet and several more. The year culminated with a return invite to play at Hard Rock Hell, the line-up of which this year consisted of bands such as Blue Oyster Cult, Y&T, Michael Schenker, Girlschool, Diamond Head, Blues Pills and Big Elf. 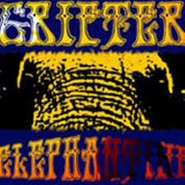 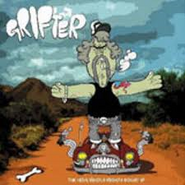 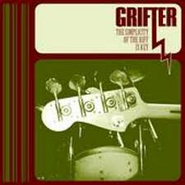 Grifter - The Simplicity Of the Riff Is Key EP 2010 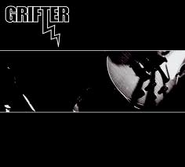 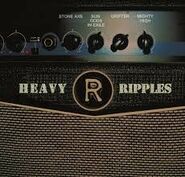 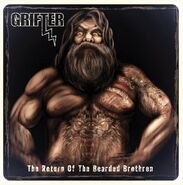 Retrieved from "https://riffipedia.fandom.com/wiki/Grifter?oldid=12608"
Community content is available under CC-BY-SA unless otherwise noted.