Green Yeti are a Stoner/Doom/Psychedelic Rock band from Athens, Greece founded in 2014.

Green Yeti is a three-piece Stoner/Doom band from Athens,Greece, formed in early 2014.

Featuring members of Brotherhood of Sleep, Reversed Nature and Stonenrow, they are no strangers in the Heavy Rock scene! They are active in live performances and have supported bands like Stoned Jesus, Egypt, Dopelord and The Re-Stoned...

Their debut album titled "The Yeti Has Landed" launched in late February 2016 and it is considered by many one of the best stoner/doom albums of 2016! 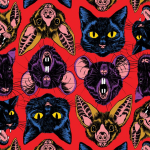 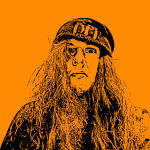