Dale Crover is one of three solo EP releases by The Melvins, released on Boner Records in 1992. This release more closely sounds like Crover's band Altamont. 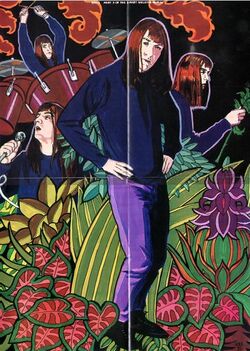 The cover art and poster for the album is a parody of the cover art from Peter Criss' 1978 solo release. Crover's collaborator to help with the release was Debbi Shane, his girlfriend at the time.

Retrieved from "https://riffipedia.fandom.com/wiki/Dale_Crover_(EP)?oldid=9454"
Community content is available under CC-BY-SA unless otherwise noted.